The U.S. men's national soccer team, with the exception of 2018, have been a regular feature at the FIFA World Cup in recent tournaments. However, the failed to Qualify between 1950 and 1990. Despite this absence, three players from other nations appeared at the finals whilst playing for club’s in the United States, at the 1982 World Cup. 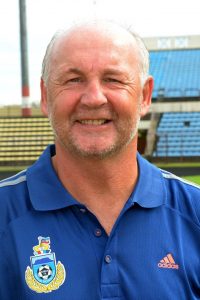 In fact one of these players David McCreery a 24-year-old from Tulsa Roughnecks playing for the Northern Ireland national football team. This team pulled off one of the biggest shocks in World Cup history by, defeating host nation Spain despite playing for a large part of the game with 10 men.

Born in Belfast in 1957, midfielder McCreery had three spells with the Roughnecks. He started his career at Manchester United F.C. where he won the FA Cup in 1976-77 season and also played for seven years at Newcastle United F.C..

Following a distinguished playing career, where he won 67 caps for Northern Ireland, and featured in a second World Cup in Mexico in 1986, he had spells in management, both in the UK and overseas. McCreery was also involved with the introduction of Major League Soccer in the U.S.. 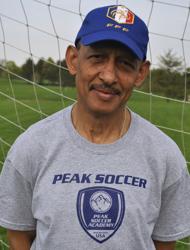 Jean-Pierre Tokoto, then of the Philadelphia Fever (whom played in the Major Indoor Soccer League) also appeared at the finals for the Cameroon national football team. American sports fans may recognize the name Tokoto through his Grandson Jean Pierre Tokoto II who is a professional Basketball player, and was selected by the Philadelphia 76ers in the 2015 NBA Draft.

Jean-Pierre the footballer played played for numerous top teams in France and was in the twilight of his career when the 1982 World Cup came around. In addition to the Fever, Tokoto also played in the States for the fabulously named New England Tea Men and Jacksonville Tea Men.

The third of the trio who headed from the USA in 1982, was perhaps the most talented, Teofilo Cubillas. He was at the time playing for the Fort Lauderdale Strikers, and was representing Peru national football team in the 1982 World Cup.

Cubillas, like Tokoto was coming to the end of his career playing for the Strikers and had already been a star of two World Cups for Peru. He inspired them to progress past the group stages in both 1970 and 1978.
In 1978, he was one of the major stars of the tournament, finishing as the second highest scorer. His free kicks against Scotland and Iran were amongst the memorable features of that World Cup.

He also had a Copa America winner for Peru in 1975. Cubillas played in Europe for both FC Basel and FC Porto. He played in America with Fort Lauderdale in both the NASL and the ill-fated USL (1984-1985). The attacking midfielder holds the distinction of scoring 3 goals in 7 minutes in a game against Los Angeles Aztecs in 1981. The Peruvian also played for South Florida Sun and finished his career at the age of 40 years with Miami Sharks in 1989.

View all posts by Darren Woodhead →