The D.C. United will travel to Mercedes-Benz Stadium to play Atlanta United FC this Sunday, July 21, 2019. It is the second and final MLS regular season match-up of the year between the two Eastern Conference foes. Both teams come into the match on short rest, as both played and won midweek matches. Atlanta will have one extra day of rest, having thrashed Houston Dynamo to the tune of 5-0 on Wednesday. D.C. will be coming in on just 2 days rest, having taken care of expansion FC Cincinnati 4-1 on Thursday. Right now, the top of the Eastern Conference standing are tight, and D.C. (35 points) is just two points ahead of Atlanta (33 points), and Atlanta has a game in hand. In fact, there are just 7 points separating 1st place Philadelphia Union (36 points) from 7th place NYCFC (29 points). Needless to say, as we head into the second half of the season, every point is going to be critical as the clubs fight for playoff position.

This is a match up between won of the league's oldest and most successful teams, against one of its newest and most successful teams. In their 25 years history, D.C. has racked up 4 MLS Cup, 4 Supporters Shields, 3 Lamar Hunt U.S. Open Cups, and even a CONCAF Champions League back in 1998. Atlanta on the other hand are in just their third season, but are already the defending MLS Cup Champions and are one of 4 teams still alive in this year's U.S. Open Cup. Even the star players reflect this as D.C.'s most recognizable player is 33-year-old Wayne Rooney, while 26-year-old Josef Martinez is that face of the Atlanta franchise. In spite of their very different histories, once you get into the stats, these teams couldn't be any more evenly matched. Atlanta has scored 33 goals compared to 31 by D.C.. Meanwhile D.C.has allowed 24 goals compared with Atlanta's 25. The first match was won by D.C. at their home ground. This time around, at Atlanta things could come down to home field advantage again, especially considering that Atlanta's team is built for the fast artificial turf at their home stadium. 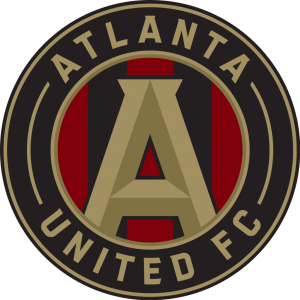 This match can be viewed on ESPN in the United States, and can be seen on DAZN in Canada (local coverage also available in those markets). The match is at 4:00 PM EST on Sunday, July 21, 2019.

Referee assignments have Allen Chapman as the referee, with Jason White and Micheal Barwegen as the assistants. Nima Saghafi is the 4th official, and VAR is being handled by Jorge Gonzalez and assistant Robert Schaap.

This will be the 8th meeting all time between Atlanta United and D.C. United. In the previous 7 meetings, D.C. has won 5 times, Atlanta has won 2, and there has been 0 draws. It was a D.C. victory in the most recent of those, 2-0, at D.C., back on March 3, 2019. Atlanta has never beaten D.C. on the road, with their only two victories in the series coming at Mercedes-Benz Stadium, both in 2018.

As mentioned above Josef Martinez and Wayne Rooney are the names that everyone knows on both of these clubs, and for good reason. Martinez currently ranks 3rd in the MLS in goals scored with 15 and is coming off of a year where he set the all time record with 31 in 2018. Nobody else on Atlanta has scored more than 4 times this year. Rooney hasn't had much of a career before coming to the MLS unless you count 208 career goals in the Premier League and former captain of the English national team as impressive. He currently ranks 4th in the MLS with 11 goals and has also tallied 7 assists. He has also showed impressive durability for a guy in his mid-30's, playing in 21 of 22 games for D.C. thus far. D.C. was a last place team before Rooney came over midway through last season.

Beyond the big two mentioned above, a player to keep an eye on is D.C.'s Luciano Acosta. The Argentinian was easily D.C.'s second best player behind Rooney last season. He recorded 17 assists in 2018, which was good enough for second in the league. He was even named to the MLS Top XI team last year. This year has not quite been the same story. He got off to a good start, with 2 assists in the first 3 games of the season. However, he hasn't recorded one since that 3rd game of the season, and that was all the back back on March 16, 2019. His 5 goals are second on the team, but the drop off in assists is troubling to say the least. There were reports in the offseason that Acosta might leave D.C. to go play in Europe, but that never materialized. Recently reports have surfaced that have him going to Spanish side Sevilla, and these seem to be a bit more serious. Perhaps even more telling is that he has been an unused sub in each of their last two matches. Whether or not he takes the field on Sunday will be a big clue as to whether his future remains in the U.S. Capital, or if he is going to be headed off to the Iberian Peninsula.

Atlanta has been an absolute Jekyll and Hyde team at home vs on the road. A look at their past 10 MLS matches illustrates this so clearly that it doesn't need much more explaining. Of those 10 matches, 5 have been at home, and they have 4 wins and 1 draw out of those 5 home games. Of the 5 road matches, they have lost all of them. In two games that were played just 32 days apart, the defeated Chicago Fire SC 2-0 at home on June 1, 2019. When they traveled to play the Fire in Chicago on July 3, 2019, they got hammered 5-1. Atlanta proved last year that you don't have to be good on the road to win the MLS Cup, but they are going to need to be a little bit better down the stretch to finish in the top 4 in the East to avoid a road playoff match in the opening round.

D.C. is a team that plays a lot of close games. In fact, prior to their 4-1 win over lowly Cincinnati on Thursday, they hadn't played in a game that was decided by more than 2 goals since their 4-0 loss to Los Angeles Galaxy all the way back on April 6, 2019. This speaks to a good and disciplined team that just doesn't quite have the depth of skill to be able to overpower teams. They also have a hard time closing out games, having drawn 6 times in their last 10. Getting 1 point 60% of the time is not going to be enough to get the job done down the stretch. This is a team that desperately needs to make another big splash move to get Rooney some help, if Acosta does depart, how they choose to spend that money to replace him will be a key to their season.

While Atlanta might not quite have the rich soccer history of a place like Washington D.C., it is quickly becoming "Soccer Town U.S.A.". They play in an absolutely massive building, they have no trouble filling it up. They are once again leading the league in average attendance with a whopping total of 532,987 though their first 10 games, an average of over 53,000 per game. That average eclipses second place Seattle Sounders FC's average by nearly 15,000 per game. With that kind of crowd, and a club built to play on the fast carpet of Merces-Benz Stadium it is no wonder that they are so tough to play against at home.

Some predictions require a lot of though, others, not so much. When it comes to these two clubs it's really about as simple as picking the home team. Atlanta will inevitably struggle on the natural Kentucky Bluegrass pitch in D.C., and conversely, Atlanta's firepower is just going to be too much for D.C. to overcome at Atlanta. Not to say that either of these clubs is a one-man-team, because both are strong on the backline, but both clubs are overly reliant on scoring from their top guy. If D.C. is to win this one, it is likely going to have to include multiple goal involvement from Rooney, who has been a superb as advertised.

However, looking at the two clubs, Martinez seems to be heating up after his return from Copa America. Pity Martinez, Atlanta's big splash offseason acquisition seems to finally be playing the way they had hoped, and has 5 assists in his past 9 appearances. He also only played 16 minutes against Houston on Wednesday, meaning he will have fresh legs for Sunday. D.C. on the other hand seems to be in a bit of a flux right now with Acosta likely to depart. The play of midfielder Paul Arriola, who has a goal and 2 assists in the past two matches, will be a key player for them if they hope to win on Sunday. Otherwise, I just don't think D.C. quite has the firepower to keep up with Atlanta at home.