The EFL League Two playoffs kick off this Thursday, 9 May 2019, between Newport County AFC and Mansfield Town F.C. at Rodney Parade in Newport, Wales. It is a two legged tie, with the second leg being played Sunday, 12 May 2019 at Field Mill in Mansfield, England. The 7th seeded Exiles of Newport county squeaked into the playoff on an 86th minute equaliser against Morecambe F.C. in the season's final game. That draw gave them to one point the needed to qualify for the postseason. The Stags from Mansfield Town had a chance at grabbing the 3rd automatic promotion spot on the regular season's final day, but fell 1-0 to MK Dons, and will now have to do it the hard way, if they want to play in EFL League One next season.

On paper, Mansfield Town appears to be the favorite in this one. While only finishing the season with 5 more points than Newport, The Stags boast an impressive +26 goal difference, and it looks even stronger against The Exiles 0 (59 scored/59 allowed differential). It has been a tale of two seasons for Mansfield and a tale of at least 3 seasons for Newport. It also must be noted that this is a Newport team that knocked Premier League side Leicester City F.C., and Championship side Middlesbrough F.C. out of the FA Cup. In other words, these guys can beat anybody, on any given day. Mansfield is lead in scoring by Tyler Walker, who was second in League Two with 22 goals. Newport sports a two-headed monster of FA Cup hero, Padraig Amond, and Jamille Matt, who scored the aforementioned 86th minute equaliser last week. Each put the onion in the bag 14 times in League Two this season. 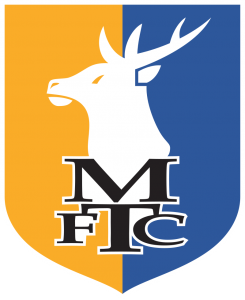 Referee assignments are To Be Determined.

This will be the 34th and 35th meetings all time between Newport County AFC and Mansfield Town F.C. In the previous 33 meetings, Mansfield has won 17 times, Newport County has won 8, and there have been 8 draws. It was Newport winning the most recent of those, 1-0, over Mansfield at Rodney Parade in Newport, back on 9 February 2019.

Both of these clubs have played in EFL League Two since the 2013, when both were promoted from what was then known as Conference Premier (Now the National League). Mansfield is looking for their first return to the third tier since 2003. If Newport County were to advance to the third tier, it would be the highest tier they have reached since the club reformed in 1989. 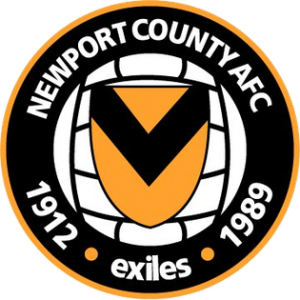 Newport County was undefeated over their last 10 League matches (6 wins, 4 draw), and have not lost a League Two match since 12 March 2019 against. They started the season strong as well with 8 wins, 3 draws, and just 2 losses in their first 13 matches. In between those two streaks they had just 6 wins, to go with 4 draws and 13 losses.

Mansfield Town started off the season on fire, and looked like they would easily claim an automatic promotion spot. In their first 24 matches, they lost just once. In fact, their second loss of the season didn't come all the way until 5 January 2019. They have, however, lost 9 of their last 22 games since, and have lost 5 of their last 10.

Irish striker Amond has a knack for scoring in big game. He had 5 goals in 7 games during The Exiles run in the FA Cup this year. This includes goals agains Leicester, Middlesborough, and Manchester City F.C.. In the 2017-18 FA Cup, he scored against Tottenham Hotspur F.C. Jamaican striker Matt is in top form of late, having scored 3 times in his last 4 matches.

Tyler Walker has been a consistent scoring threat for The Stags all season, and has been one of their few bright spots over the past few weeks. He has scored 5 goals in his past 7 matches, and scored 2 of the 3 goals that Mansfield scored over the past 3 weeks of the season. Second leading scorer Christopher Hamilton seems to be an all or nothing proposition. He had 2 goals against both Cheltenham Town F.C. on 2 March 2019 and Exeter City F.C. on 30 March 2019. Otherwise, he has just one other goal (19 April 2019 against Morecambe) since 26 January 2019, a span of 18 games.

There may not be a scrappier team in the EFL than The Exiles. Especially at their home ground Rodney Parade, which is also a Ruby pitch, and plays that way. While Newport's 59 goals scored may not wow anyone, they are a team that always seems to get just enough goals, or more importantly, the right goal at the right time. Mansfield seems to be reeling, and couldn't manage a goal in the biggest game of the season against MK Dons. I think Newport County will get a nice advantage at home on Thursday. I see Mansfield turning things on and looking like they are going to take things by virtue of their away goal late in the game on Sunday. Look for Amond, or Matt to grab that aggregate go ahead winner somewhere, around, say the 88th minuted on Sunday. With this Newport team, it wouldn't happen any other way.