New Mexico United travel to Zions Bank Stadium to play Real Monarchs SLC this Saturday, July 6, 2019. It is the second of two USL Championship match-ups this year between the clubs this season. After leading the league for most of the first half of the season, New Mexico United has struggled recently, and fallen all the way to 7th place in the standings. They currently have 26 points, which has them just 3 points to the good in the playoff race. The Real Monarchs 13th place position in the standings is a bit deceiving. Things have spread out a bit compared with earlier in the season, but the USL Championship Western Conference standings are still jam packed. With 21 points, Real Monarchs are more positions than they are points behind New Mexico in the standings. Furthermore, they have played just 15 games this season, fewest in the conference, and they have between 2 and 3 games in hand on every other team. Their +2 goal difference, and 31 goals scored suggest that they will likely be a playoff team before all is said and done.

When these two clubs met back on April 13, 2019, it was extremely one-sided in favor of New Mexico, and they eventually ended up winning by a score of 5-1. That game included a hat trick by Santi Moar, and was the 7th game of an impressive 7 game unbeaten run that New Mexico started the season on. Even more so, when you consider that is was the expansion team's first 7 games as a franchise. Coming into this match, the story is quite different however, as New Mexico is now winless in USL play since May 25th. The Monarchs on the other hand come into the match having won 3 in-a-row. It is worth noting that New Mexico's struggles have coincided with their run in the Lamar Hunt U.S. Open Cup, that has them as one of only two USL clubs still alive in the tournament. Certainly tired legs have been a factor for a team that has played 4 additional games now, and several have which have gone all the way to penalty kicks. Tired legs should not be a factor for New Mexico on Saturday though, as they have been off since June 22nd. 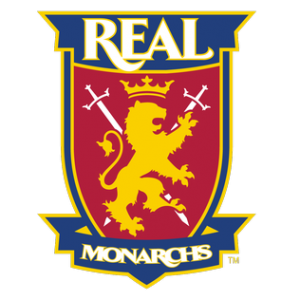 By Source (WP:NFCC#4), Fair use, Wikipedia

This, and all USL Championship and USL League One matches can be viewed on ESPN Plus or the ESPN family of networks in the United States. The match is at 10:00 PM EST on Saturday, July 6, 2019.

Referee assignments have referee Dejan Susak at center pitch, with Diego Blas and Eric Wood as the assistants, and Hamed Sadeghi will be the 4th official.

This will be the 2nd meeting all time between Real Monarchs SLC and New Mexico United. In the previous meeting, New Mexico United won by a score of 5-1 at Isotopes Park in Albuquerque back on April 13, 2019. This match will also count in the inaugural Four Corners Cup. The fan created competition, which also includes Phoenix Rising FC and Colorado Springs Switchbacks FC is currently lead by New Mexico with 7 points. Real Monarchs are currently 3rd in the Four Corners Cup, and have 3 points in the competition thus far.

By Source (WP:NFCC#4), Fair use, Wikipedia

Real Monarchs looked like the class of the Western Conference for most of 2018, before stumbling into the postseason having lost 7 of their last 9 games, and finishing 4th. They were promptly upset in the first round by 5th seed Reno 1868 FC. That funk seemed to carry over into 2019, as they didn't find their first victory of this season until their 5th match of the year. Since then, they have been up and down but at this point in the season their 6 wins are as many as their 6 losses, and their +2 goal difference says that they are a team capable of making the postseason. In fact, if they were to win the 3 in-hand-games they have, it would vault them up to 4th in the standings.

New Mexico United is one of the biggest stories in U.S. Soccer that nobody is talking about. They are now into the round of 8 in the Lamar Hunt U.S. Open Cup, and have already knocked out MLS sides Colorado Rapids and FC Dallas. Both of those on the road no less. As if all of that isn't impressive enough, they have done all of this in the first year as a franchise. However, at what cost has it come? There is no questioning the talent at the top of New Mexico's roster in Moar and Kevaughn Frater, who have combined for 20 goals in USL Championship play this year. However, as an expansion team, there is questionable depth behind their top 5 or 6 players on the roster. This has compounded the impact of all of these extra matches, and has contributed to their free fall from 1st to 7th in the conference. In this case, the scheduling gods have blessed New Mexico with a week and a half of rest before this match. On the back end, they are not quite so lucky, as they have to turn right around and play their quarterfinals match against Minnesota United FC on Wednesday. It will be interesting to see which basket New Mexico manager Troy Lesesne puts his eggs into, in terms of his lineup choices for Saturday and Wednesday.

As mentioned above, this match counts not only in the USL Championship standings, but also in the Four Corners Cup competition standings. This first year competition featuring one team from each of the Four Corners State's is exactly halfway done, with each of the 4 teams involved having played 3 of their 6 matches toward the contest. This makes this, essentially the first match of the second half of the competition. New Mexico leads with 7 points, and along with Phoenix Rising are one of two clubs that have not lost a match in the contest yet. Real Monarchs, on the other hand, finally became the last team to claim points in the competition with their win over Colorado Springs on June 22, 2019. A New Mexico win on Saturday would give them a 7 point edge over Real Monarchs with just 2 games left to play for each, thus mathematically eliminating the Monarchs.

Real Monarchs are lead in scoring by the duo of Douglas Martinez and Maikel Chang, who have scored 6 goals apiece this year. While not as prolific as New Mexico's top two, Real Monarchs have show considerably more scoring depth with 15 players having scored for them, at least one time this season. Even more impressive when you consider that this means that have had 15 different scorers in 15 games. By comparison, just 8 players have registered a goal for New Mexico. This lack of scoring depth further illustrates how the long run in the Open Cup could prove particularly burdensome to their fortunes down the stretch in the USL season.

The one thing we haven't talked about with New Mexico United is the other reason that they have fallen to 7th, and that is their inability to close out game. Their 8 draws this season tie them for the most in the league. Their defense doesn't quite seem to be of championship caliber either. They have no trouble scoring, with 33 team goals this year, but they aren't stopping anyone either, having allowed 28. The story is similar for Real Monarchs, who have tallied 31 times, but shipped 29 goals on the year. All of this adds up to a match that should be fast paced, high scoring, and a good bit of fun for the neutral fan to watch.

Earlier in the campaign, picking New Mexico over Real Monarchs would have been an elementary selection, even at Salt Lake City. However, fortunes have changed and this is looking to be a cracker of a match as they like to say across the pond. As has been discussed, both of these clubs seem to be more interested in playing offense, than playing defense. That being said, I expect to see crooked numbers on both sides of the scoreboard regardless of the outcome. It would be easy to say that with plenty of rest before this one, that New Mexico will snap back into early season form and come in here and light up the Monarchs suspect defense.

On the other hand, you have to wonder if they might be looking past this one a bit to their big match up at Minnesota on Wednesday. I don't expect New Mexico to fold up and die, because they have shown the ability to get punched in the mouth and get back up during the course of their Open Cup run. That being said, I just don't see them playing to their full potential in the USL until they can finally turn all of their attention back to the league season. The final factor for me is the fact that New Mexico hasn't quite been the same team on the road that they have been at home for the most part. It's 4th of July weekend and I expect that the fireworks will be flying this Saturday in Salt Lake City. When the dust settles I expect to see the Monarchs come away with the 3 points.